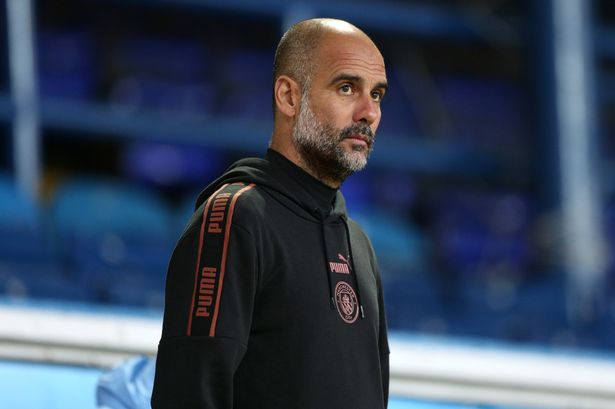 Regardless of the current wind and challenges, this will be the toughest year of Guardiola's coaching career so far. Gu Shuai, who has fallen to the lowest point of his career, how to deal with this difficult situation he has never experienced before?

In his coaching career, Gua Shuai has never been questioned so much like now. Needless to say, Barcelona’s brilliance. Although Bayern did not have the Champions League, the team that was built in the last year was very powerful, and it was a bit of luck. However, in the fourth year of coaching Manchester City, the Champions League knockouts are still like this, I am afraid it is difficult for even the most loyal fans to speak for him with confidence.

This is not the same as being eliminated by Monaco in the first year of Manchester City. At that time, people knew that it took time and money to build a team. Even if the four are empty, the public opinion environment of Guashuai is still very relaxed. now what? In the case of successfully building a team with a rare dominance of the Premier League champions, there are still many obvious mistakes on the highest stage, and it is natural that Guashuai can't shirk the blame.

Why do you spend so much money on a guard and still make various mistakes on the defensive end? Why is a well-functioning system still fragile on the highest stage? Why can I always make inexplicable tactical adjustments when I am the main player, so that the team is awkward?

You say that there is a big accident in the Champions League, and also the luck factor in Manchester City's exit from the Champions League. For three consecutive years, it is impossible to not make it to the head coach. Repeating the same mistakes again and again, this is also an important reason for the sharp decline in Guashuai's reputation.

To be honest, apart from the mother team Barcelona, ​​it is almost impossible for Guashuai to find a more friendly coaching environment than Manchester City: the Blue Moons are famous for their patience with the coach, and the strength of signings has never been worried, and it is not as traditional as Bayern. There are groups of famous and famous people with long-standing ideas, and it can be called a piece of white paper that the Spanish coach can sway. However, it was in this free sway that Gua Shuai exposed the problem.

You can't say that Guashuai failed to transform Manchester City. The Blue Moon team that won two consecutive Premier League titles with 198 does have terrifying dominance. He also has a master in player training. But he has never been able to build a defensive system that is sufficiently resistant to pressure, and he has repeatedly messed up on major occasions. And this year's Champions League defeat, I am afraid it will intensify his self-entanglement and doubt.

This is different from the situation when Guashuai left Bayern: Although he failed to lead Bayern to the Champions League, the way he trained Costa, Koman, Kimmich and others in the last year, the new team he brought out in the last year Bayern can see that he has absorbed new things and further enriched and improved his style of play. In other words, after leaving Barcelona, ​​Guashuai has improved and grown in Bayern.

Where is Manchester City? Of course, Gua Shuai also added new elements, but under the conditions of being able to sway freely, his promotion is seen less, but he is more stubborn. Just like the way of defeating Leicester City, the fans are not surprised. Manchester City's dominance in the league has never really been transformed into the Champions League. He often wins the first odds but fails to look like the Champions League favorites, and Guashuai bears considerable responsibility for this.

At this point where the wind rating fell to the lowest point of his career, Gua Shuai ushered in a new situation that has never been seen in his coaching career. He wants to challenge a powerful new king (Liverpool), but also to deal with the obvious changes and changes in the lineup, to re-enhance the combat effectiveness of his subordinates. However, the intensive schedule and untimely injuries make Gua Shuai's job obviously impossible.

Can he still find a way? In fact, in the first two years of coaching Bayern, Guashuai also encountered various problems, but he did come up with "the team he built" in the third season, and actually announced his building process at Bayern. Basically successful. In Manchester City, can he build a team with distinctive personal characteristics and the ability to substantively compete for the Champions League like Bayern in the 15-16 season?

It should be said that it is very difficult. To re-run the lineup that has undergone a lot of changes, the most need is time, not to mention that the handsome system often takes more time to grind into a form. In this special season, the most lacking is time. What's more, Gua Shuai last season's Premier League and Champions League performances were beyond the spectacle level by his own standards, which is not likely to win him patience and time.

In fact, the four years when Gua Shuai has the most sufficient space and time in Manchester City have passed. After the first year of running-in, he did build a very high-level team, but he never showed this kind of dominance in the Champions League. With the collapse of the Premier League last season already in decline, the Champions League messed up in an almost unbelievable way. It may be the best opportunity in years...

No matter how patiently the senior executives, no matter how Buddhist fans, they should be impatient with this status quo.

In an interview with Sky Sports, Gua Shuai said: "Sometimes, when someone pushes me, yes, I will fight back. Sometimes you need these imaginary enemies to say,'OK, I will show you Look, what kind of team we are.'But now? I don't need them. I'm steady and calm."

Whether it is steady or playing back, the key is-can Gua Shuai survive this lowest point in his career?